Pakistan’s Express Tribune reports that in Mubarakabad, Punjab, a pir (Sufi master) named Muhammad Sabir was so convinced he could perform miracles, he asked for a volunteer he could murder. Not to worry, Sabir told his followers: after killing his victim, he would reanimate the dead man and make him as good as new.

He announced that he could breathe life back into a dead man. The pir gave the condition that the victim must be married and have children.

I mean, who doesn’t like a high-stakes bet, amirite? 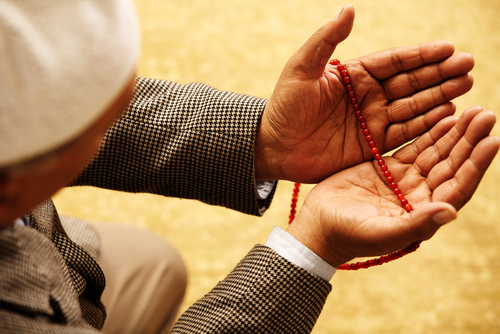 When told of this amazing opportunity, 40-year-old Muhammad Niaz, described as “a daily wage worker and father of six children,” decided to give it a go.

On Wednesday, Niaz was placed on a table in a square and his hands and legs were bound. [A] police spokesman said Sabir then sliced his throat as people looked on. Meanwhile, an anonymous caller informed the police about ‘the miracle.’ By the time police reached [the scene], Niaz had died. Witnesses said Sabir uttered some words to bring him back to life. They said when he realized his ‘miracle’ had not worked, he tried to flee. He was detained by the villagers and handed over to the police.

Detained? Arrested? But, but… freedom of religion! Sanctity and inviolability of deeply-held beliefs!

The villagers may have found sufficient reason to nab the Sufi superman, but the victim’s sister seems to think that the mystic is one misunderstood genius, writes the Express Tribune.

It’s worth remembering that Sufism is purportedly the inward-looking, mystical, non-violent version of Islam, described here as a journey “towards the Truth, by means of love and devotion… towards the perfection which all are truly seeking.”

I guess we can quibble about the exact definitions of love, truth, and especially perfection.