It’s not unusual for a sermon to draw boredom and stifled yawns. But pastor Juan Demetrius McFarland of Shiloh Missionary Baptist Church in Montgomery, Alabama found a very special way to make congregants hang on his every word these past few Sundays.

Last month, he began admitting, right from the pulpit, that he’d done some bad things. And bit by bit, over several weeks, it all came out: how he’d been using drugs, and how he’d “mishandled” church money.

But those revelations were nothing compared to this bombshell confession: McFarland not only said that he’d been having sex with women in his flock — in the church building, no less — but also that he’d wittingly exposed his sexual partners to the HIV virus.

For the last six years, he said, he’d known that he has full-blown AIDS. 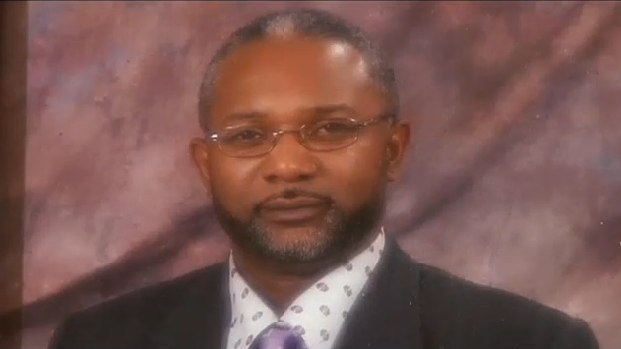 “He concealed from the church that he had knowingly engaged in adultery in the church building with female members of Shiloh Missionary Baptist Church while knowingly having AIDS.”

Five days ago, the church decided to oust McFarland.

You’d think that prosecutors are by now throwing the book at him, intent on trying him for (let’s say) reckless endangerment or attempted manslaughter. But to avoid further scandal, and to safeguard the identity of of the pastor’s victims, the church may not press charges.

Also, Channel 12 learned that McFarland holds a leadership position with the Alabama Middle District Baptist Association, a group that has 34 member churches all over the state. It seems he’s still got his job there.

Calls to association leaders indicate that at this time there are no discussions to remove McFarland from his position.

It’s a timely story in a way. Just two days ago, I wrote about uber-Christian investment scammer Ephren Taylor, and about the victims who didn’t come forward because they thought it would reflect badly on their congregation if the truth was publicized. That same evening, I happened to drive past a church close to where I live, and I was struck by the message on its sign. So I took a picture: 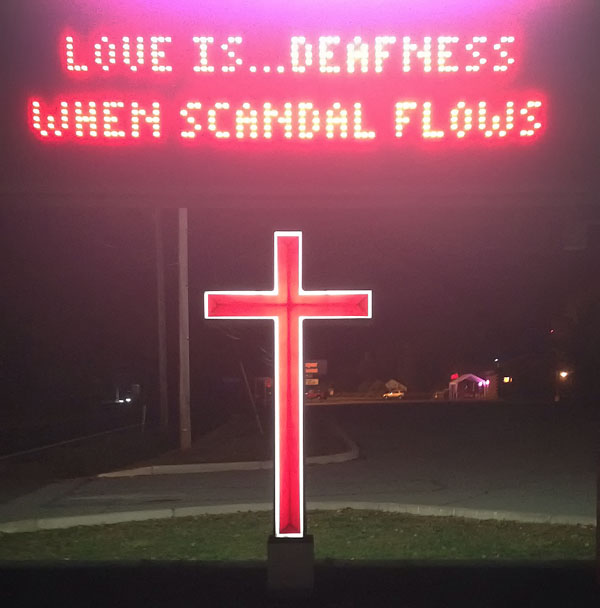 Love is… deafness when scandal flows.