Wisconsin Priest Who Accused Atheists of Shunning Beauty, Fun, and Civic-Mindedness Is Cited For Indecent Proposal

Two years ago, Monsignor Bernard McGarty was driving by a festive display of holiday lights in his hometown of La Crosse, Wisconsin, enjoying Christmas carols on the radio, when a thought struck him: How dismal and cheerless La Crosse would be if the town had embraced atheism rather than Christianity!

So, oblivious to the fact that winter solstice celebrations — with lights! — predate Christmas by probably millennia, Father McGarty soon penned an amazing editorial for the local newspaper that chiefly revealed how unlikely it is that he personally knows any atheists. Consider: If La Crosse had been founded and populated by atheists, McGarty claimed,

The symphony would not have a theater with perfect acoustics, such as the house provided by the Franciscan Sisters. If the symphony were to play in a less august space, any of the religious music of Mendelssohn, Mozart, Beethoven, Brahms, Bach, Bizet and Verdi would be offensive to atheist ears. … At Passover, Holy Week and then Easter, no hearing Handel’s “Messiah,” celebrating resurrection. The “Messiah” lifts me off my feet. I soar as I hear it. Does atheism produce any comparable composition celebrating nothingness? By their fruits you shall know them.

There would be no YWCA, no YMCA providing a swimming pool, gymnasium, weight room and other programs. Are atheists getting a free ride on we believers? 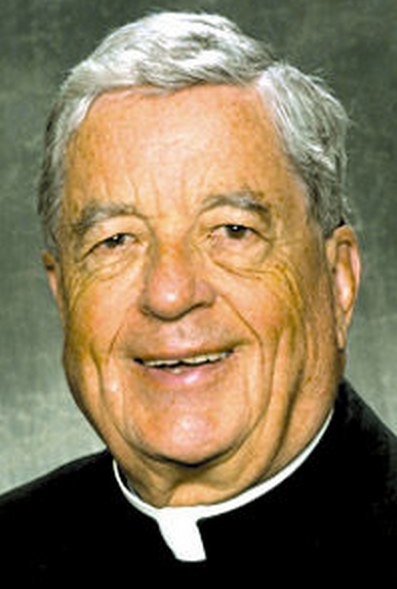 Do atheists send or receive valentines? Do they sing songs, tell a joke or buy a drink on Paddy’s Day? At Mardi Gras, do they dance? Are atheist children allowed to trick-or-treat or dress in funny costumes? Do they believe in fun?

Right. I guess we are supposed to think that in atheist-majority countries like China and Sweden, there are no pristine symphony halls, no state-of-the-art sports facilities, no celebrations, no exuberance, no humor, no dancing, no sharing and charity and bonhomie. Just millions of moping, indolent sourpusses being miserable together.

I’m writing about Father McGarty today because he just made the newspaper again (the same one where he published his 2012 editorial — that the editors might well have rejected as hate speech if it had been about any minority group but atheists). But this time, McGarty isn’t in the op-ed pages. He’s in the news/crime section, because of the special way that he decided to get an early start on celebrating the Christmas season.

A La Crosse priest was cited Thursday for disorderly conduct after asking a Wausau massage therapist to touch his genitals. Wausau television station WSAW reported that Monsignor Bernard McGarty, 89, was receiving a massage when he lifted the coverings off his groin and asked the masseuse to rub his genitals. The massage therapist refused and left the room, according to WSAW; she told police McGarty then called her a derogatory name.

Happy holidays to you too, Father.

McGarty was not arrested but issued a $250 ticket.

A retired priest, McGarty served in several leadership positions with the Diocese of La Crosse and is a visiting scholar of ecumenical studies at Viterbo University.

We ought to thank Father McGarty for leading by example. Without him, we might never have known that one great way to spread holiday cheer is through sexual misconduct and cursing.