‘Happy Mother’s Day, I Got You This Knife’

Theology is hard. In this case, should the praise go to the Christian god, or the Islamic one?

Egyptian security officials say a Coptic Christian who stabbed his wife for converting to Islam has killed himself by jumping out of a fourth-story courthouse window.

The officials say Romany Amir committed suicide on Sunday as he was waiting to be interrogated by police at the main court in the southern city of Assiut. …

Amir’s wife remained in hospital in critical condition following the stabbing on Saturday.

[image via Escape to Reality]

Because god cares deeply about which style of glasses you wear, one Hasidic school in Brooklyn has decided to ban frames from category two, on the right.

An Orthodox Jewish school in Brooklyn has forbidden thick-framed retro glasses favored by the likes of Woody Allen.

“We are asking that everyone buy simple glasses,” reads a letter written in Yiddish that was recently issued to parents of students at Borough Park’s Bobover Yeshiva B’Nei Zion, which caters to members of the Bobov sect.

“What we have to commit ourselves to is we have to stand on top of this and not tolerate the new modernism.”

Hysen Sherifi was one of six devout Muslims convicted in 2011 of planning to attack the Marine base in Quantico, Virginia, among other targets.

Almost as soon as he started his 45-year prison sentence, Sherifi, now 29, got busy trying to hire a hitman to carry out revenge killings on government informants and FBI agents. He wanted the intended victims to be beheaded.

Sherifi approached another inmate to help him hire a hit man to behead government informants and FBI agents. He recruited his younger brother Shkumbin Sherifi, 23, and former special education teacher Nevine Aly Elshiekh, 48, to help pay the hit man and organize the murders. But the inmate whose help Sherifi sought turned out to be yet another government informant. FBI agents then staged an elaborate sting that involved secretly videotaped meetings with a woman posing as the go-between for a fictional hit man named Treetop and doctored photos that appeared to show the corpse of a beheaded witness in a shallow grave.

Yesterday, in North Carolina District Court, Judge Earl Britt sentenced the younger Sherifi to three years in prison, while Elshiekh got three and a half years. They could have gotten ten years each but were spared a more draconian sentence because, the judge noted, the two had cooperated with the investigation.

Before Hysen Sherifi was sentenced, he lectured the judge about Islamic teachings. “The Qur’an is the truth that invalidates all other religions,” said Sherifi, who declined a court-appointed lawyer and represented himself at trial. “If you do not submit, he will severely judge you, and on the day of judgment you will enter hellfire.”

Judge Britt was unimpressed, and imposed four life sentences onto the end of Sherifi’s earlier 45-year prison term — plus, for good measure, another 50 years on top of that.

Pastor Dishes Out Kindness With a Loaded Gun

Father’s Day in the Shuck family is going to be a little awkward this year.

Madisonville Police say area pastor Jay Shuck was arrested after he pointed a loaded gun at his family.

MPD says Shuck struck an officer while being arrested and was Tased.

Shuck is the pastor at Parkview and United Methodist Church in Madisonville, Indiana. He has been charged with wanton endangerments, third-degree assault, second-degree disorderly conduct, and resisting arrest.

A growing group of progressive Jewish women demand the right to pray at Jerusalem’s Western Wall in the same way as men — carrying holy texts and prayer shawls. An Israeli court recently sided with the equal-righters, affirming that nothing should prevent women from participating in the same rituals performed by ultra-Orthodox men.

But today, when the women turned up to pray in the hours before the Jewish Sabbath, bands of protesting men bombarded the women with trash, water, and chairs. They also stoned the women’s buses.

The protesters might have been extra enraged by the government’s plan, announced yesterday, to stop Jewish zealots from trying to enforce gender segregation in public, such as relegating women to the back of public buses.

“Discrimination against women in public places, in public services, cannot be allowed,” [Justice] minister Tzipi Livni told Army Radio. … “Today, I instructed the Justice Ministry to draft legislation … that will make any segregation of women and their humiliation in a public space a criminal offence,” Livni said on her Facebook page. …

The separation of women and men on bus lines through religious neighborhoods, and incidents in which Jewish zealots have spat at schoolgirls they deemed to be dressed immodestly, have raised public pressure on the government to act.

More on the patriarchal venom of ultra-Orthodox Jews here.

Muslims Explode Across Canada and US

No, no no. Sorry. Crappy headline. I’ll try again:

Fuck. I’ll just leave it to the professionals:

In the United States, the same population trend plays out: the number of U.S. Muslims has more than doubled since 2001, from just over 1 million to more than 2.6 million today. USA Today, citing projections by the Pew Forum on Religion and Public Life, says the number will be 6.2 million by 2030.

To the majority who just want to worship in peace, I say a heartfelt as-salam alaykum — and please don’t Mecca big deal of the occasional joke.

About 75,000 pounds of frozen crab meat — more than 37 tons — spilled out of a truck leaving Salt Lake City.

The trailer toppled over near dawn Friday, spilling most boxes of crab and some of the meat onto I-15 near Spanish Fork.

A Nepali teacher who taught chemistry at Qatar Academy has been jailed in Doha on felony charges for insulting Islam.

Dorje Gurung, who has taught chemistry to middle and high school students in the United States, Britain and Australia, appeared in a Doha court on Thursday. If convicted, he could face up to seven years in prison, according to Doha News.

…Gurung has been accused of comparing all Muslims to terrorists. But two of his friends shared Gurung’s version with Doha News:

On Monday, April 22, Gurung said he had a sit-down chat with three 12-year-old boys who were making fun of him. Among other things, the seventh graders poked fun at his appearance, calling him “Jackie Chan,” a famous Chinese actor.

On Tuesday, April 23, the mocking again began in earnest while Gurung was in line for lunch. At first, he said the teasing was light-hearted, but then one student put his hand on Gurung’s shoulder and a finger in his nose. At this point, Gurung grew agitated and said remarks to the effect of, how would you like to be stereotyped i.e. called a terrorist?

Gurung has no legal representation, but the Nepali embassy is seeking permission from the Kathmandu government to meet with Gurung, Doha News reports. Without a lawyer, Gurung’s friends fear he would not get a fair trial. The court would rely on the complaints from Qatar Academy’s students, they said. 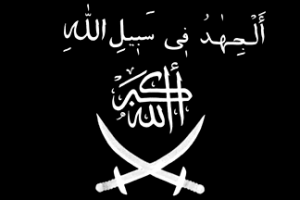 It’s good to know that Ariel Castro, America’s most infamous child abductor, rapist, and torturer, has a soft side.

The web clipping is from today’s Metro New York:

We just learned that the Reverend Pereira may have had nothing but good intentions when he forcibly stuck his dick into the women’s orifices: The Huffington Post claims that Pereira told his victims

they were possessed and could only be purified by sex with a holy man.

Maybe the reverend, once convicted, will be repeatedly cleansed of his sins by a burly biker cellmate, in much the same fashion.