Could it be that some Christians are a greater threat to churches than the staunchest anti-theists? For Jackie Carter of Wichita, Kansas, the answer may well be yes.

Rev. Jackie Carter, a Wichita minister at First Metropolitan Community Church, says she has received death threats because of the gay weddings she has performed. The calls have been escalating since the state’s ban on gay marriage was struck down by a federal judge last month.

What do the threats entail? Carter quotes one:

“I’m going to chop your head off and put it on a stick and carry it around the town square.” 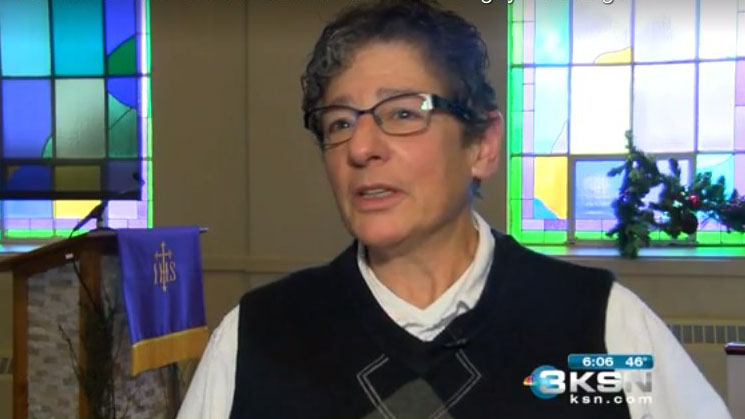 She says the threats have led to vandalism that has included broken windows. The church has even stepped up security. “I’ve asked folks who support the church to help with purchasing cameras that we can have outside the building for the protection. We have a security company now.”

Carter says she wants to ignore the threats, but she is scared. “When you’re here and the phone rings, and there’s heavy breathing and two seconds later the doorbell rings and then somebody’s throwing rocks through the windows. All those things combined create fear.”

It hasn’t affected her resolve. Carter says that despite everything, she’s going to continue to marry committed couples, straight and gay.