Poll: Most Non-Believers Decry CIA Torture, While the Religious Are O.K. With It

Earlier this week, Rachel at Friendly Atheist posted about Bryan Fischer‘s views on torture. Fischer says that when the CIA tortured terrorism suspects, that was OK, because they did so righteously, just like the murderers in the Bible did their work to please God.

For my money, Fischer is the Ann Coulter of the evangelical set: someone with a big mouth, a tiny heart, and a propensity to spout outrageousness. I’ve always considered his views to be on the outer edge of what most Christians find acceptable. But it turns out that at least when it comes to torture, Christians are, overall, broadly in agreement with the man.

Over at MSNBC, Steve Benen scrutinized the results of a recent Washington Post/ABC poll, and concludes:

While many might assume that the faithful would be morally repulsed by torture, the reality is the opposite. When poll respondents were asked, “Do you personally think the CIA treatment of suspected terrorists amounted to torture, or not?” most Americans said the abuses did not constitute torture. But it was non-religious Americans who were easily the most convinced that the “enhanced interrogation techniques” were, in fact, torture. 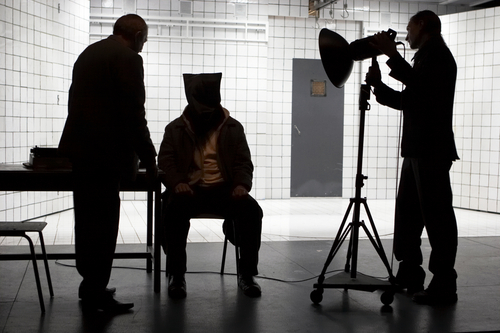 The results in response to this question were even more striking: “All in all, do you think the CIA treatment of suspected terrorists was justified or unjustified?” For most Americans, the answer, even after recent revelations, was yes. For most Christians, it’s also yes. But for the non-religious, as the above chart makes clear, the torture was not justified.

Atheists and agnostics are much more likely to condemn the gross, inhumane actions of the worst CIA interrogators.

[N]on-religious Americans were one of the few subsets that opposed the torture techniques — and that includes breakdowns across racial, gender, age, economic, educational, and regional lines. The non-religious are effectively alone in their opposition to torture. …

[The poll results are] a pretty interesting starting point for a discussion about faith, morality, the law, and the limits of human decency.

In 2009, there was a Pew poll about torture that revealed more or less the same divide between religious people and non-believers.